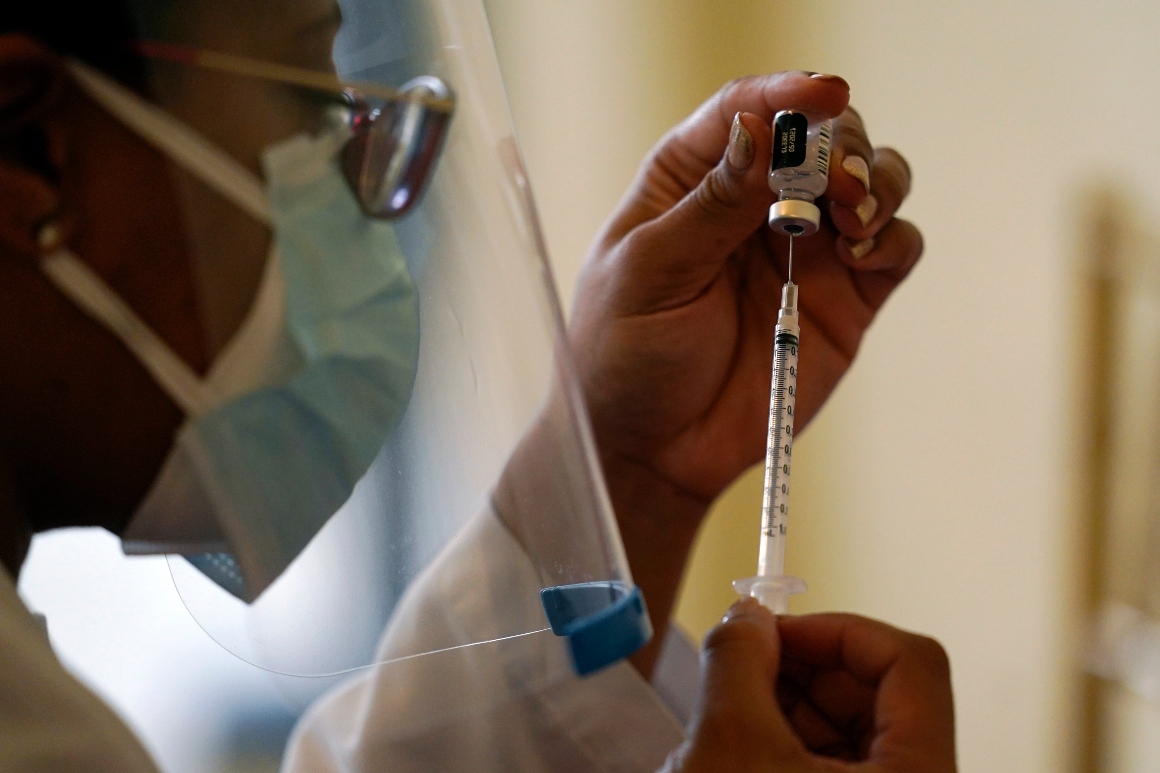 Both Moderna and Pfizer/BioNTech use messenger RNA technology to make their vaccines, a relatively new method that can be scaled up quickly but only if the right, unique tools are in place. Both manufacturers produced fewer Covid-19 vaccine doses than expected in 2020, while Pfizer cut down its production in Europe this month while it revamps production lines.

Pfizer told POLITICO that it is working to obtain data on the variants that emerged in South Africa and the U.K. “in the hopes of further understanding how our vaccine may protect against COVID-19 caused by these new variants.” While the British variant has been spotted in almost two dozen U.S. states, the country still has not reported a case of the South African strain.

On Monday, state health officials in Minnesota reported the country’s first case of a variant first identified in Brazil, which shares some mutations with the South African strain.

The challenges the country has faced distributing and administering doses of already-authorized Covid-19 vaccines have raised doubts about whether Biden can hit his goal of administering 100 million doses in his first 100 days in office. If stopping the spread of the coronavirus variants requires boosters or different shots, that could stall the president’s plan.

Biden on Monday nevertheless doubled down on his vow, floating the possibility of administering as many as 1.5 million doses per day without offering a specific timeline. Still, he stressed that hitting that mark would represent only the start of what will be needed to end the pandemic — continuing a concerted White House campaign to temper public expectations.

In the meantime, the administration is scrambling to prevent the spread of the variants that have already reached the U.S. — and block the South African strain from reaching the country. During a press briefing, Psaki pointed to the new variants as the key reason behind Biden’s decision to maintain and further expand the travel restrictions.

“With the pandemic worsening and more contagious variants spreading, this isn’t the time to be lifting restrictions on international travel,” she said, adding South Africa to a restricted list that already includes the U.K., Ireland, Brazil and dozens of European countries.

The move will slow the spread down and “buy us a bit of time,” said Eric Toner, a senior scholar with the Johns Hopkins Center for Health Security. But the variants’ different responses to vaccines will need to be addressed at some point.

“It’s not like no one considered the possibility,” Toner said. “But it’s a little bit unexpected, and a bad surprise.”