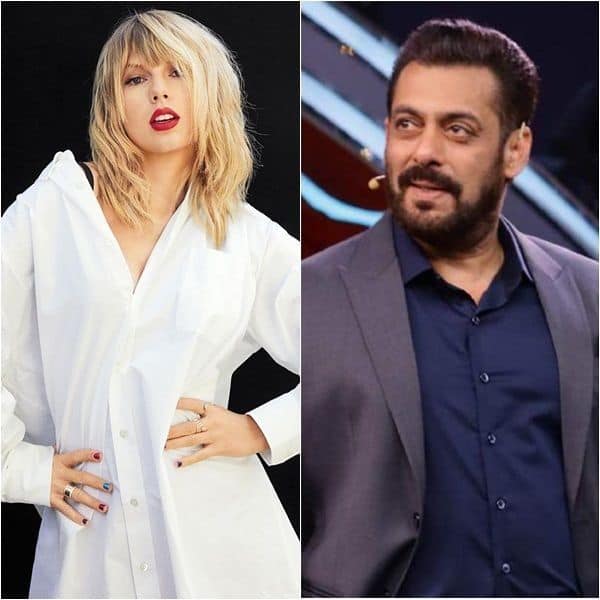 Social media can surprise you anyday and anytime. A GIF featuring American pop singer Taylor Swift that has been doing the rounds of social media, has freaked Indian Twitter users out. The GIF was made from Taylor’s music video Are You Ready For It? But fans feel that the singer is saying ‘I Love You Salman Khan’ as she lip-synched to the lyrics of the song. Also Read – Bigg Boss 14: Salman Khan makes it for Weekend Ka Vaar; schools Rubina Dilaik and Rakhi Sawant for the lowbrow content around Abhinav Shukla

Taylor wasn’t really saying ‘I Love You’ to Salman Khan. She was mouthing the lines of her songs which goes, “(Knew he was a) killer first time that I saw him.” However, netizens couldn’t help but share hilarious reactions when a Twitter user pointed out that Taylor Swift’s GIF can be read as ‘I love you Salman Khan.’ Also Read – TRP Report week 03: Yeh Rishta Kya Kehlata Hai maintains its position while Kumkum Bhagya is back in the top five

Oh it does appear that she’s mouthing,” I love Salman Khan”????

I love you Salman Khan @BeingSalmanKhan

Meanwhile, Taylor Swift’s project Folklore became the first million-selling album of 2020 in the US, it was announced in October. The following month saw her slamming celebrity manager Scooter Braun, who sold the rights to her master recordings to a private company. In a note, she had shared that Braun wanted to silence her in exchange for the opportunity to bid on her own work. Also Read – Bigg Boss 14, Day 119, Synopsis: Rubina Dilaik warns Rakhi Sawant to stop her antics with Abhinav Shukla; Rahul Vaidya breaks friendship with Arshi Khan