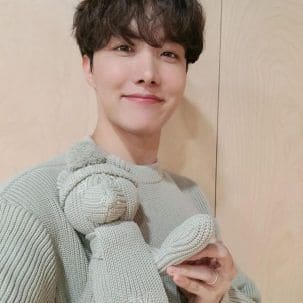 BTS fans celebrated J-Hope’s 27th birthday with great fanfare yesterday. The BTS Army came out in the streets in many countries to ring in the occasion. Jung So-Hoek or J-Hope has been a star since his teen years. The winner of many dance competitions, he joined BTS early in his career. On the occasion of his 27th birthday, he decided to donate USD 1,35,000 to a children’s charity in South Korea. He gave 150 million Won that translates to USD 1,35,000 to ChildFund Korea. It is dedicated to kids who have issues with vision and hearing. This is not the first time he reached out to the fund. In 2020, he gave 100 million Won to the fund in the middle of the pandemic. Also Read – BTS BE Essential Edition launch: All you need to know about your favourite boy band’s upcoming album

He said in a statement, “I heard that the number of families in vulnerable situations is increasing significantly due to the prolonged COVID-19 crisis, and support for disabled children is urgently needed. I hope this donation will further expand social interest in supporting children with disabilities.” J-Hope is known for his interest in philanthropy. He has been felicitated for his giving nature in South Korea. He has donated over 100 million Won five times since 2018. Once, he even requested that it be kept private. Also Read – BTS: J-Hope is flooded with birthday wishes from the Army as the singer turns a year older — read tweets

J-Hope/Jung Ho-soek also made Mxmtoon’s day when he played her song Queen during his live stream. She was overjoyed. Mxmtoon wrote on social media, “This is literally so insane to me, I’ve been following BTS for so long and I cannot even fathom the fact that a group that I look up to so much has even listened to me for a split second…$2))2)2 IM SHORT CIRCUITING.” Also Read – BTS collaborates with Japanese rock band Back Number for an upcoming Japanese movie Signal

J-Hope surely brought cheer to a lot of lives on his birthday. We hope that he goes from strength to strength.

5 things everyone wants to know about the COVID-19 vaccine